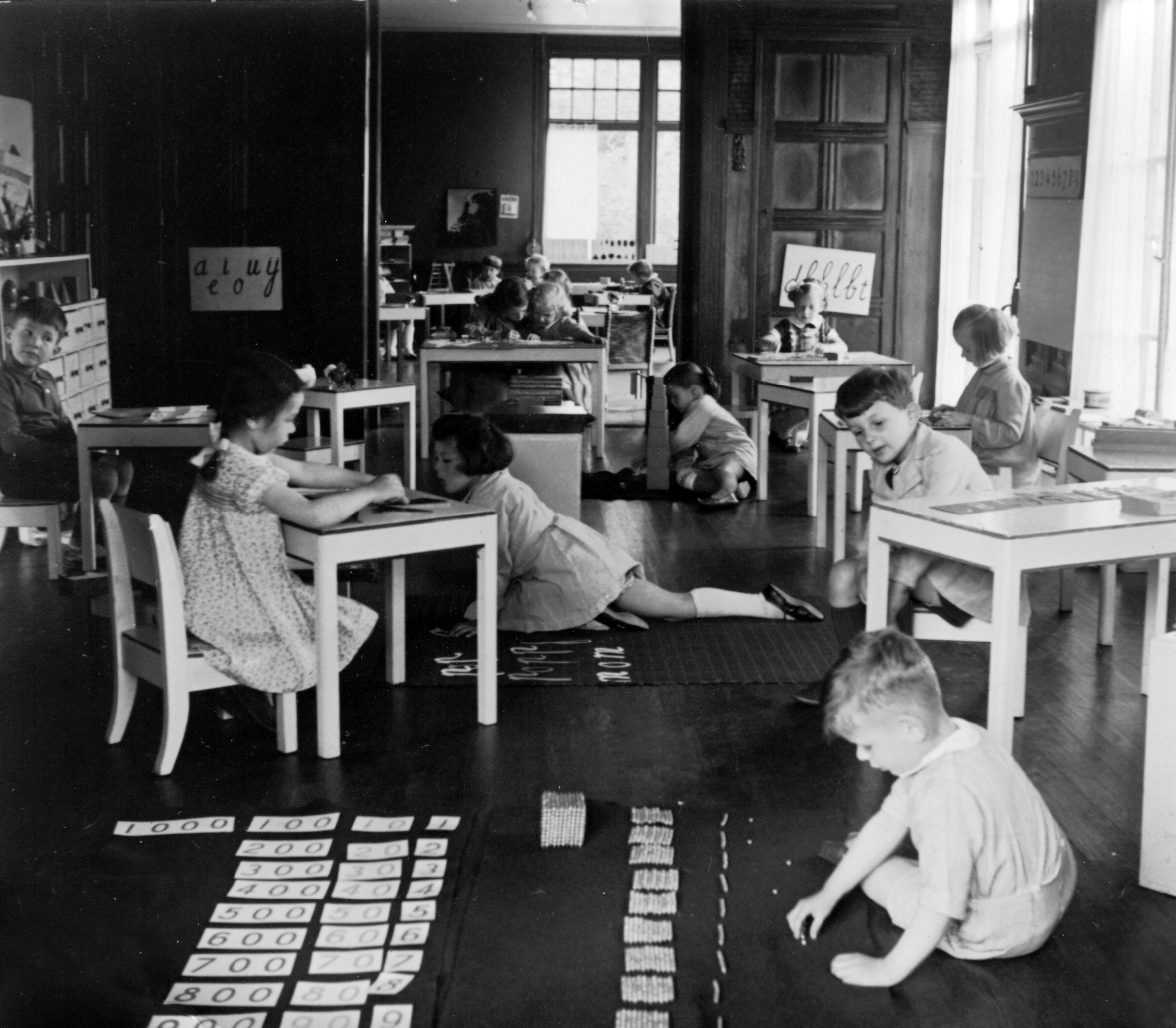 (Note: This article was originally published on The Lux Science Blog)

I had always dreamed of being a public school student. I went about my work as if instructed directly by a teacher, craving the traditional assignment and completion gratification cycle, wanting so badly to sit in neat lines with eyes pointed forward to experience what all of the young adult fiction, teen movies, and Disney channel shows portrayed. I imagined this experience in parallel to my own, much in the same way you imagine yourself the star of a movie. I fantasized that my teacher stood at a chalkboard when she really sat on the floor with a student. I imagined that the day moved through an orderly schedule of topics whilst an orderly chaos unfolded around me. I pretended I had one of those mysterious under-desk cubbies to store all of my animal shaped erasers and the forbidden notes I knew public school students wrote to each other. I longed to be ‘normal’ and to be part of a larger system that seemed organized, traditional, and unshakable. This rigid, idealistic paradigm I craved was the American public school system, but in reality I attended private Montessori schools from the ages of four to eleven. 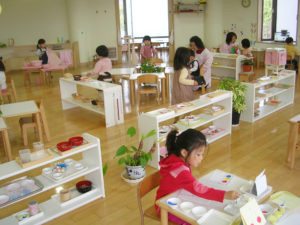 A typical Montessori classroom, this example is in Japan.

Young children naturally gravitate towards belonging to a social group. However, the danger here is that the desire to belong can come at the cost of self-determination. As a child, I longed to be told exactly what to do, to fulfill those goals, and to be rewarded. In essence, I wanted the safety of conformity.

The choice we make as a society then becomes, what type of group do we want our children striving to join? One that values conformity, mediocrity, and the ability to outsmart a test? Or one that esteems independent thought, mastery, and innovation?

Instead of being handed a cookie-cutter rubric to success, I was forced to search out my lessons and I was encouraged to make a plan to reach the defined learning objectives. A key tenet of the Montessori classroom is that “discipline must come through liberty.” In daily practice, this meant both designing a plan to achieve goals and determining the criteria for success. I decided which activity would best address my needs as well as when I felt I knew the material well enough to move on.  I was a project manager in training at the age of five.

These skills are the hallmark results of mastery-based learning, in which a learner is expected to achieve mastery of a subject before moving on. Nearly synonymous popular philosophies are competency, proficiency, and fluency-based learning. Susan Patrick and Chris Sturgis’ five-part working definition of high-quality competency-based learning includes the following tenets:

It is important to note that young learners lack the meta-cognition of adults, so as a child I did not deliberately set out to accomplish competency. As a child, my innate interest guided the process, and I learned to listen to my inner voice – a voice which was naturally curious and motivated toward discovery. In short, I was given no choice but to develop self-regulation, discipline, and independence. 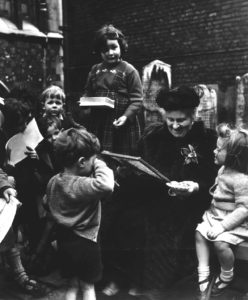 Maria Montessori and students circa 1951.

The Montessori philosophy was first put forth by Dr. Maria Montessori in the early 1900’s and pioneered not only concepts of child-centered and competency-based learning, but also practical methods of implementation in a classroom. A Montessori classroom is comprised of collaborative tables and mixed ages to encourage peer-to-peer learning. The walls are lined with shelves full of individual activities or ‘work,’ each focusing on a particular learning objective, whether it be fine motor skills, multiplication, or phonetics.

In a Montessori classroom, each student has an individual learning plan, with certain objectives within each subject area. How long it takes for them to accomplish these goals is up to the student. If they want to do the same ‘work’ five or 50 times before they feel they’ve mastered it, they have the freedom to do so.

Generally, the distribution of a student’s time is naturally aligned with their capabilities. Students who need more practice with language arts spend more time on the language arts activities, and less time in areas where they naturally excel. The teacher is there as a guide, clarifying concepts on an individual basis and tracking their progress to provide personalized support. At the end of each semester, in lieu of grades or tests, a progress report is sent home with detailed information on how much time the student has spent in each area, which ‘work’ they have completed, and in what areas they have excelled. 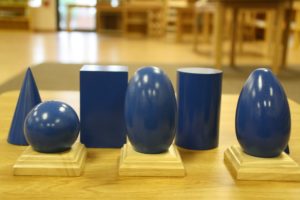 Geometric solids, an example of a traditional Montessori material, are sensorial materials designed for the stereognostic sense (the process of feeling objects and recognizing them based on what is felt).

The clear characteristic in common with these people is ingenuity, which leads Sims to allude to the possibility of a ‘Montessori Mafia.’ He even goes so far as to write that “the Montessori educational approach might be the surest route to joining the creative elite.” In his discussion “Is Montessori The Origin Of Google And  Amazon?” Steve Denning points out that the collaborative environment and emphasis on self-directed discovery in Montessori education aligns more closely with the modern necessity for inventive problem-solving, saying that “looking at education as producing outputs (students who could pass the test) [is] a very 20th Century way of looking at the world, and out of sync with what is going to move society forward in the 21st Century.”

At the start of middle school, my wish finally came true. My first shock in the public school world came as I was confronted with a sea of non-uniformed students, despite the fact that the school had impressed upon us that a uniform was required. It was the first of many times I would feel foolish for expecting that there was more order in the public school system than in a Montessori classroom, as the sage on the stage paradigm had always seemed so orderly and neat. The reality of the divide between teachers and students was painfully apparent to me.  It was not cool to treat my peers and teachers as collaborators in a community, but rather as competitors and the hateful authority to be challenged.

I learned quickly not to raise my hand for every question asked and also what the term “teacher’s pet” meant. I learned what the grades A-F meant. I learned that it was best to flip over an A grade paper on the desk to avoid attention, but keep anything lower up-facing and visible and join in the grumbling about the unfairness of the assignment whenever possible.

Adapting to this environment was difficult; I excelled in language arts but quickly fell behind in math. I was forced to take timed multiplication and division tests in the back of the classroom over and over again until I passed, my face so hot with embarrassment I could hardly focus on the swimming numbers. Of course, this lost time only meant I was farther behind in the quickly paced curriculum.

I began going to after-school tutoring, but I was deeply embarrassed about it. Surprisingly, this was not because it meant I wasn’t doing well, but because it betrayed to anyone who witnessed me hanging out on campus outside of what was necessary the fact that I cared enough to try to improve. I felt as if I was discovering a deep, dark secret about myself, that I was not as intelligent as I thought, and I began to hear myself saying the all too common phrase “I’m bad at math.” 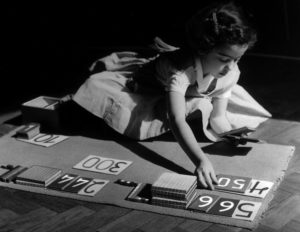 This critical juncture in my academic life was the genesis of my fascination with educational theory and the role of positive psychology in learner success. I am acutely aware of the bafflingly inefficient nature of traditional public schools; how a student can be several lessons behind in comprehension in one class, then spend half of their next class going over concepts they already understand. The most dangerous part of this paradigm is the shame associated with both extremes; both being unable to grasp concepts and being ahead and getting perfect scores.

Carri Schneider, in her article “5 Characteristics Connecting Montessori Ed & the Personalized Learning Movement,” writes that “education systems across the globe are rapidly being propelled into the realities of the future.” Choosing to address the outdated and faulty modes of our public education system now rather than later will not only improve the economy of our country, supporting the United States’ reputation for invention and innovation, but it addresses much deeper social and wellness issues. Reshaping our views of intelligence as being something multifaceted and unique, instead of something demonstrable on a multiple choice test, helps our children feel that they belong, and are worthy of belonging to the ‘successful’ class of entrepreneurs and creators. With the access we have to better systems, it is irresponsible not to address the systematic mis-allocation of priorities which discourage a love of learning and encourage compliance and a lack of critical thinking. Ironically, the place to look for inspiration for the necessary re-imagining of the future of education may be the 100 year old philosophy of Montessori.

4. Weise, M. 2014. Is there any difference between competency-based education and mastery-based learning?. Competency Works.