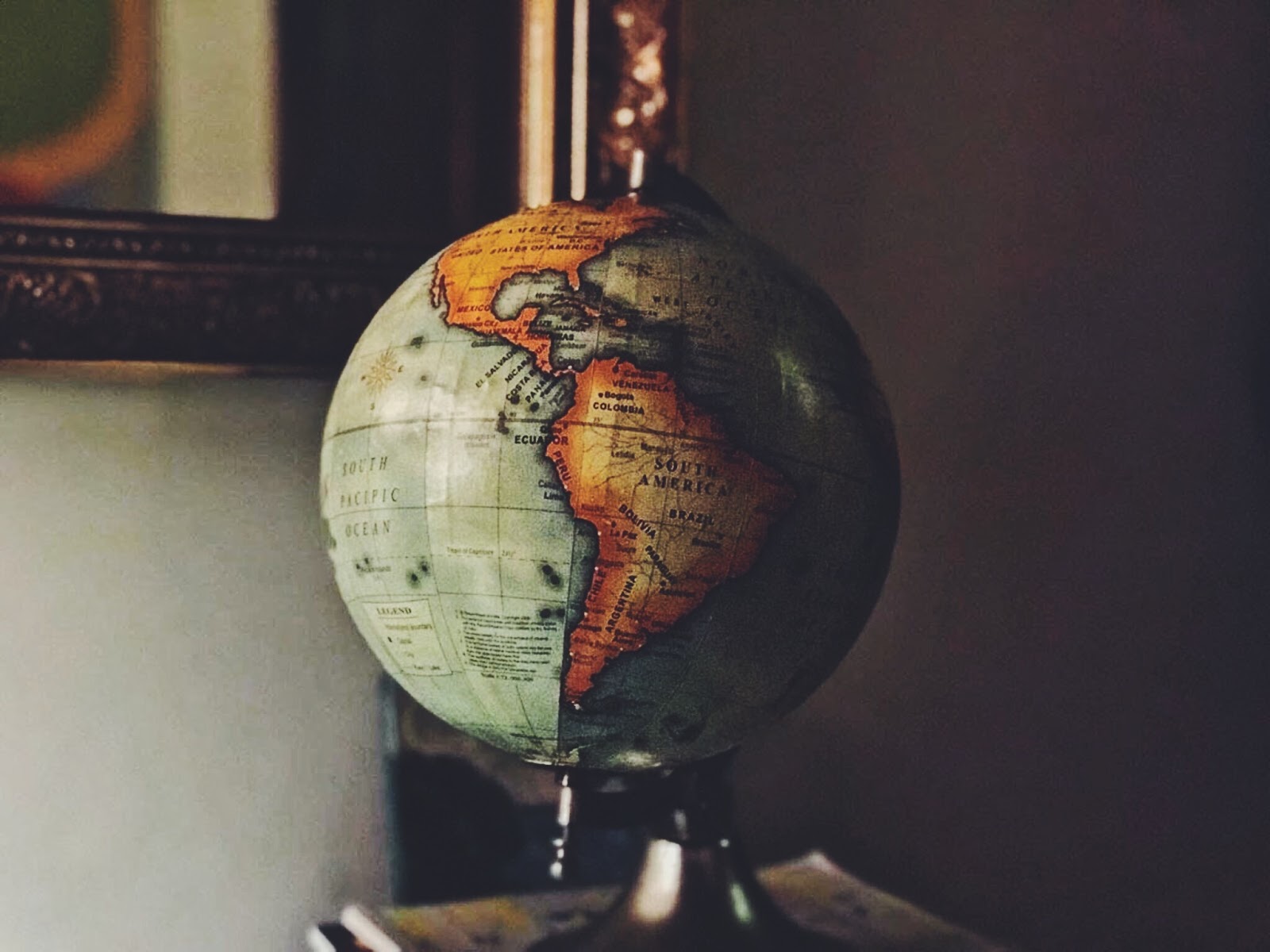 5.6% of the world’s population speaks Spanish

There are an estimated 400 million native Spanish speakers in the world. Spanish is also the official language of 20 different countries. For Spanish learners, this translates to plenty of people to practice with, tons of dialects, slang, and idiomatic expressions to master, and a multitude of vibrant cultures to discover. The beauty of learning a language is that you’re never entirely finished, and with Spanish it’s a guarantee that you’ll never get bored.

Spanish is the fourth most popular language to learn in the world (tied with German). In the United States, it’s the most commonly studied second language. By learning Spanish, you will be joining an estimated 135 million people in the world that speak Spanish as a second language, including 21 million Spanish learners. This means that language learning materials, programs, and study partners are easily available.

The Spanish language is only estimated to increase in number of speakers. In fact, one study predicts that by 2050 the United States is set to surpass Mexico and become the country with the most Spanish speakers.

2. Travel will never be better

Traveling is stressful in its own right, but visiting a country that speaks a foreign language is an added challenge that can easily derail even the most meticulously planned trips. From crucial transportation inquiries to ordering at a restaurant, knowing basic Spanish will reduce anxiety and actually transform these pulse-quickening encounters into rewarding travel experiences.

According to EF English Proficiency Index, 11 Spanish-speaking countries have “Low” or “Very Low” English proficiency. While this presents a challenge for non-Spanish speakers, it’s actually ideal for Spanish learners (and a rare find for language learners) because it will present a very motivating opportunity to practice! Plus, once you learn Spanish, other Latin-based languages will be easier to understand. Spanish and Italian are so closely related that native speakers can, in fact, actually speak in their respective languages and understand each other.

Spanish opens doors, figuratively and sometimes literally, that most travelers miss. It’s not uncommon to hear of a tourist being invited to dinner in a family’s home or given a secret beach recommendation because they were able to speak with local residents. Locals love that a tourist has taken the time to learn their language – even if only the basics. This is especially true when you speak English, because most people are acutely aware that you don’t need to learn any other languages to travel the world. So skip the overridden Yelp spots and strike up a conversation with a local; it may result in the most unique experience of your trip.

Enjoy the finer things in life

The Spanish are known for their love of la buena vida and their way of enjoying life, whether it be through afternoon siestas or dinners that last well into the early morning with huge groups of family and friends. In some countries, there’s even a word for the time spent after a meal: sobremesa. There’s also a word for staying out all night (trasnochar) and its companion term, desvelado, which means that you’re exhausted from staying up all night. If you’re feeling desvelado, you may want to dominguear (“to Sunday”) the next day, meaning to take things at a relaxed, Sunday-like pace.

This appreciation for family, spending time with friends, quality food, and general celebratory attitude was exported to many of their colonies. You’ll find that most Spanish-speaking countries in Latin America have their own take on these vivacious values (think of upbeat bachata music, the stunningly beautiful Dia de los Muertos festival in Mexico, and delicious ceviche, guacamole, and pupusas.

In fact, the Spanish language was found to use “happier” terms, or words ranked by native speakers as positive, the most in a study of 10 languages that analyzed everything from books, to newspapers, to tweets. Travelers in Spanish-speaking countries have found that those they meet are welcoming, warm, and, above all, ready to enjoy life.

You’ll never want to go back

You may find that the added challenge of figuring out a language is addicting. Without the small burst of adrenaline you get trying out your language skills, you’ll find yourself bored in countries or resorts that speak your language! Hearing snippets of conversation and being able to pick out words is so gratifying that it will have you avoiding conversation at meals so you can eavesdrop on other diners. You may love the challenge so much that you decide that your goal in life is to relocate to or even retire in a Spanish-speaking country! Expats, digital nomads (hello remote work!), and retirees are increasingly common in Spanish-speaking countries, which offer low cost of living, a laid-back lifestyle, and great weather conditions.

Stay sharp and reduce the risk of Alzheimer’s

Several studies on lifelong bilinguals have shown increased cognitive capacity through reasoning and memory tasks. Some research even states that learning a foreign language can help stave off cognitive decline and Alzheimer’s. There’s no doubt that mental exercise keeps the brain sharp. The critical thinking necessary to decipher context clues is similar to figuring out a puzzle, and requires the use of reasoning skills and short-term (or “working”) memory, while the acquisition of vocabulary and grammar rules utilize your long-term memory.

Hobbies which allow for a feeling of incremental progress can increase energy, creativity, and boost overall mood. Research shows that setting micro-goals can cause a dopamine release when achieved, leading to increased motivation to make more progress. Having an outlet which allows you to track your progress, such as language learning, is a great distraction from anxiety about work or other stressors. There’s nothing like the sense of accomplishment when you finally understand the words or are able to sing along perfectly with your favorite Spanish song.

Help out those in need and lead a more rewarding life

If you live in the United States near a Spanish-speaking community, there are likely community service activities which will appreciate your Spanish abilities. One example is English as a Second Language (ESL) tutoring for recent immigrants, which is often sponsored through local libraries or non-profits. Working with someone to improve their English could transform their job prospects and is also a great way to meet native Spanish speakers. Maybe they’ll even be willing to teach you some Spanish! Additionally, there are many volunteer programs in Latin American countries which place volunteers in local communities that need aid in education and health services. If you’re planning a vacation to Latin America, consider spending some of your time volunteering in the local community, and you’re sure to improve your Spanish along the way.

Walk in someone else’s zapatos

Let’s face it: if you’re an English speaker, you’ve probably had it considerably easy in your travel experiences. Until you have been the person immersed in an unfamiliar environment, struggling to make yourself understood, it’s hard to understand the difficulty that tourists and immigrants face. Though our first evolutionary instinct may be to avoid situations where we might seem less than competent, you’ll find that experiences outside of your comfort zone are often the ones that affect you the most deeply. Of course, you should always be cautious when traveling in foreign countries and wary of those looking to take advantage of you, but knowing Spanish can actually decrease this risk, as you can understand conversations happening around you.

Having an encounter where you feel vulnerable is a fast track to connecting with others more authentically. Putting yourself in these situations not only helps you overcome the fear of making mistakes or sounding silly, it also teaches you humility and empathy for others that sticks with you once you’re back in the comfort of your home country.

Stand out in the job market

As developing Spanish-language countries participate more fully in the global economy, the need for bilingual Spanish speakers is increasing. A top Forbes advisor puts it this way: “Like most emerging market regions, Latin America has two fabulous demographic attributes that developed countries can only dream of: significant population growth and a growing middle class.” Speaking Spanish gives you a special ability to aid your employer in expanding into new markets, as well as support customers or existing employees whose native language is Spanish. It could also lead to an opportunity to travel abroad to Latin America or Europe for work (…and brag about what a jet-setter you are all over social media).

According to one report, the demand for bilingual workers more than doubled in five years (between 2010–2015 in the US). If you can find a way to mention that you willingly took on the challenge of learning a second language as a hobby, you are sure to be remembered in any interview.

When it comes to relationships, speaking a new language opens up a new pool of possible friends and romantic partners. Your new friend or partner may even invite you to family gatherings, where you’ll impress their familia with your knowledge of their mother tongue and maybe earn extra helpings of some delicious authentic food. Not sure what to say? Check out this article to learn Spanish phrases about love!

5. It’s easy(-ier than many other languages)

Get hooked on phonics

Though every language has its challenges, Spanish is relatively easy for an English speaker. It uses (mostly) the same alphabet, the pronunciation of words is very phonetic (meaning you can sound out words you’ve never seen before), and the sounds that letters make is much more consistent than English.

Fewer exceptions to the rule

In general, Spanish follows its rules more closely. Of course, it has irregular verbs that don’t follow conjugation patterns, but over all you’ll find that there are fewer exceptions to the rule in Spanish. This is due to the fact that Spanish developed on the Iberian peninsula in a slightly higher level of isolation than English, which means it has less grammatical influences and loan words from other languages. All of the diverse influences on English have led to confusing differences in the application of rules, so that even native speakers have trouble knowing, for example, how to pluralize a word of Greek origin such as “octopus.”

Spanish is descended from Vulgar Latin, which was the spoken form of Latin during the Roman Empire. Though English is of the Germanic language family, it has had a lot of contact with Latin-descended languages Romance Languages over the years. This influence also goes the other way, with English loan words, especially relating to technology, forming a main source of modern lexical growth in Spanish. The result is that there are many cognates, or words that evolved from a common root and are therefore easily recognizable, that make quickly increasing vocabulary easy for English speakers. For example, most English speakers can figure the following sentence out without any formal Spanish instruction:

Did you feel those reasoning and critical thinking “muscles” flexing? Feeling smarter already?

If you’re interested in learning other Romance languages, Spanish is a great “gateway language” to start with. As we mentioned above, it’s relatively rule-following and phonetic, but will allow you to become familiar with plenty of Latin-derived words and introduce you to thousands more cognates with languages such as Portuguese, Italian, French, and Romanian.

Spanish-language media such as films, music, and (podcasts)[OUR LINK TO PODCASTS] have never been more accessible, making it easy to learn Spanish from the comfort of your own home. Online courses such as Lingvist also allow you to maximize your learning by using machine learning to customize your practice, ensuring you don’t waste time on things you’ve mastered (as you might with a traditional textbook).

No matter what motivates you the most, there’s really no downside to learning to speak Spanish. As Austrian philosopher Ludwig Wittgenstein once said: “The limits of my language are the limits of my universe.”

Sign up for Lingvist’s Spanish course) and start to expandir tus horizontes today!